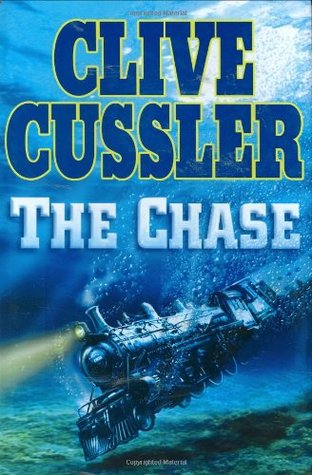 For those who like history mixed in with tightly woven suspense and mystery, Clive Cussler’s The Chase fits the bill. Better known for his present day thrillers, Clive Cussler goes back to the early 20th century (around 1906) to tell the story of the butcher bandit. Robbing banks and leaving no witnesses is the bandit’s hallmark. His other distinguishing feature is leaving no trace of arriving or departing the towns in which the banks are located. A custom made freight car is his means of escape. And, he is no ordinary bandit–he walks around in San Francisco society, hobnobbing and generally thought to be a pillar of society, caring for the poor. A detective agency in the style of the Pinkerton National Detective Agency is enlisted to put a stop to the butcher bandit. This plot line, though fictional, is similar to that in American Lightning, which I reviewed in a prior post.

The interplay between the prologue and the first two chapters threw me, but Clive Cussler still was able to draw me into the narrative. The Chase has an authentic feel and San Quentin prison is featured. Onto the second in the series!